Chances sweet personality is what we first noticed when we met him.  I remember my brother in law saying something to the effect of- when we went to pick Chance up,  "I am not a dog person, but I wouldn't mind having him."    He is also a beautiful dog as those who see him often comment about.

Chance loves to follow me around to do ranch chores and is very loyal.

We like to brag about pedigrees like anyone and we also have looked at enough Berners to know the look we are after.  If you research almost any Berner, you will find champions if you go far enough back in a pedigree.  I  thought I would mention that because almost everyone including me mentions champions in their dog's lines, It is more relevant to have closely related champions and to also look at what shows exactly the dogs were champions of because there are a lot of differences in titles..  Chance has some very impressive European champions in his line as you will see in the links below.

Chance comes from Swiss and Dutch Bloodlines on his mothers side and Belgian champion lines on his direct import father's side.  His lines in include great grandfather  World Champion Zorbha Van T Stokerybos from the famous Stokerybos kennel that has produced several International and AKC champions. His grandfather is impressive Italian Upbeat Boy  (if you want to see some awesome Bernese photos in the Italian Mountains click on the news page on the site on this link) descended from Netherlands Champion  Yasper Van de Samaika among many others in the line.  He has a upright stance, intelligent gaze,  and a extra  thick soft coat like those in his line.

I have not bothered to get a official pedigree uploaded for him but you can research at AKC.org or here is his mother's pedigree:  and his father's Pedigree

His Prelim. OFA hips are good and elbows normal. 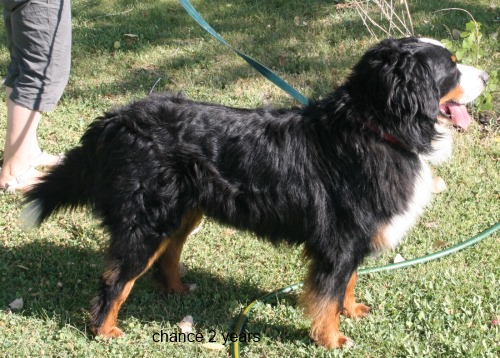 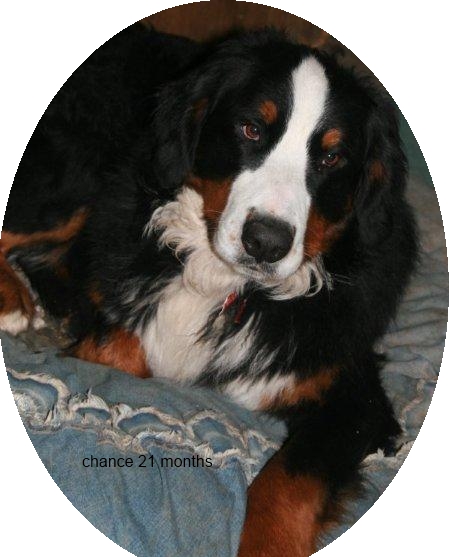 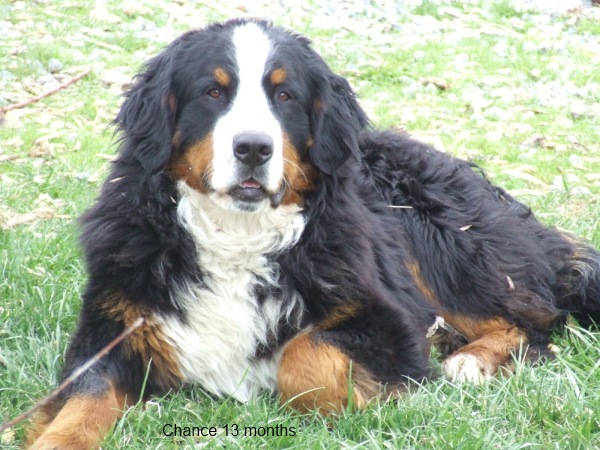 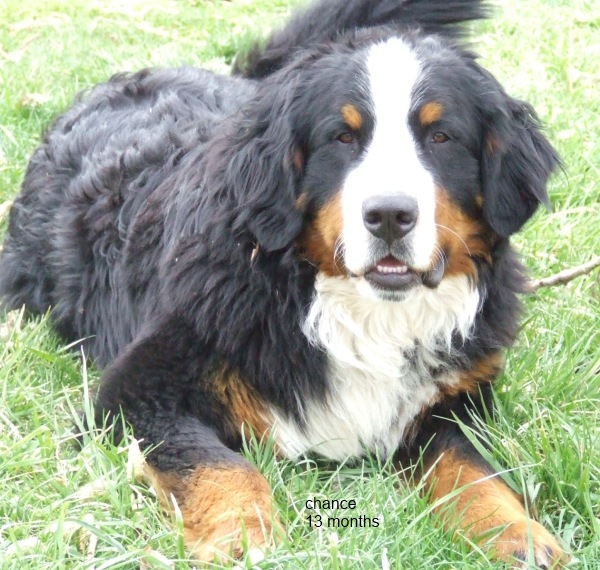 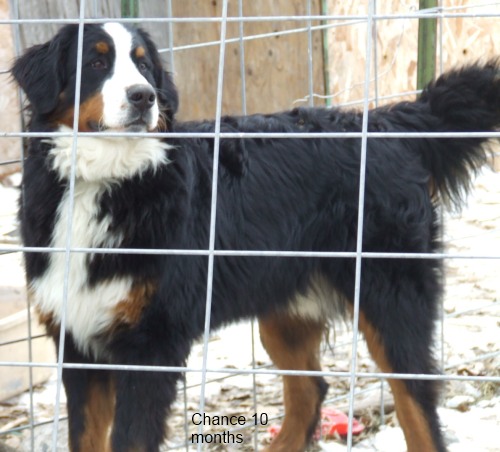 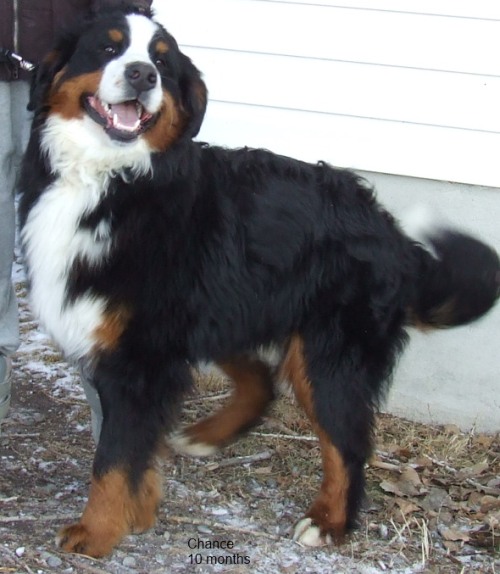 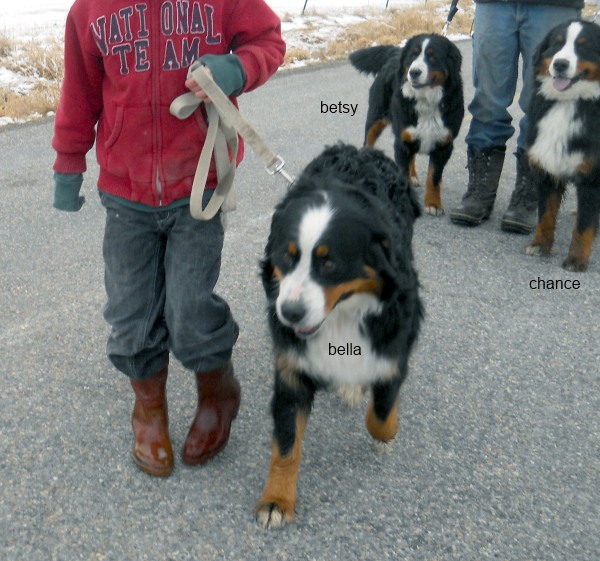 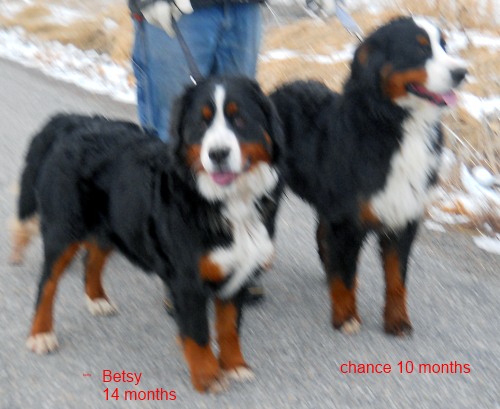 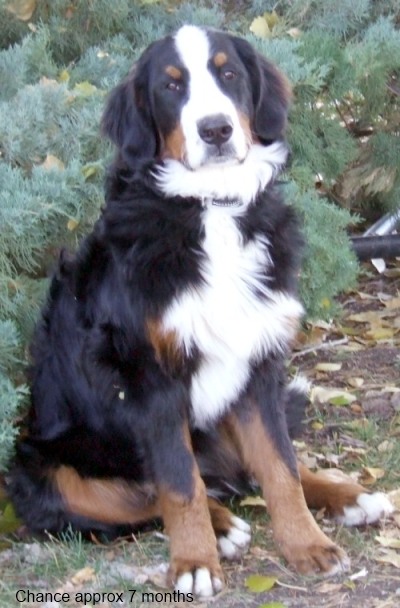